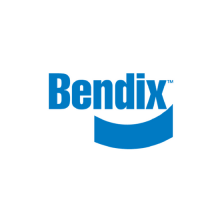 Bendix has taken a big step into the next generation of ABS software by releasing its latest and most advanced diagnostic tool, Bendix ACom Pro.

As commercial vehicles and safety technologies continue to advance, the ability to quickly and accurately diagnose and repair issues grows increasingly important for keeping trucks on the road and operating safely. Bendix Commercial Vehicle Systems aims to provide technicians with a much more robust diagnostic experience.

Since the launch of the original Bendix ACom back in 2004, ACom Pro’s predecessor has gotten over 100,000 downloads and dozens of software updates. However, now as we begin entering the 2020’s the need for smarter software is greater than ever. Bendix ACom was effectively rebuilt from the ground up to ensure it could keep up with the ever-increasing technological demand of vehicles on the road today.

For this new software, Bendix has teamed up with Noregon to ensure that ACom Pro is as thorough and user-friendly as possible. By making new detailed information available to users and streamlining the entire diagnostic process, Bendix and Noregon are aiming to make ACom Pro a “must-have” at any shop that frequently gets vehicles with Bendix ABS.

The new version reduces the time needed to perform diagnostics from ½ hour down to just a few minutes. Additionally, the system runs quicker checks through streamlined bidirectional testing, and some tests that currently require two technicians can be run with just one. The new design is also more user-friendly and easier to navigate. Bendix’s collaboration with Noregon, ACom PRO will utilize internet connectivity to display schematics and related information specific to a particular system fault through Noregon’s NextStep Fault Guidance application. Bendix states that by using ACom PRO technicians could save a significant amount of time.

And arguably one of the most important differences between ACom and ACom Pro is that the new software is included for free with all active JPRO subscriptions, which means that if you already have JPRO then you can use Bendix ACOM Pro at no extra cost.

For technicians that are not using JPRO, it can be purchased directly from Diesel Diagnostic Equipment.

Diesel Diagnostic Equipment was founded in 1999 on the principal of providing quality diagnostic equipment to the professional medium & heavy-duty truck technicians.

All product and company names/logos are trademarks™ or registered® trademarks of their respective holders. Use of them does not imply any affiliation with or endorsement by them.